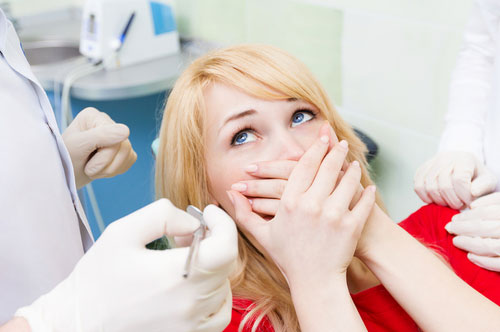 Root canals are almost universally despised by dental patients, and without many valid reasons! The misinformation floating around about this essential dental service is everywhere, and in most cases it’s yelling a lot louder than the truth. If you’ve ever had a toothache you may have needed a root canal, but did fear keep you away?

At Really Smile Dentistry we want to clear the air about root canals. There’s no reason to be so terrified of them – in fact most of the bad info is either the opposite of true, inspired by bad science, or simply confused. Get the truth about root canals from us with these five must-know facts.

#1: They Save Your Teeth

An infected tooth can be incredibly painful, and a lot of people just assume the best course of action is to extract it. But not so fast! Extracting a tooth is far from the best option, especially since extraction can often cause the loss of more teeth in the future!

Root canals are designed to get rid of the infection without endangering the tooth. When we perform a root canal we’ll remove all the infected dental pulp at the root of your tooth while leaving it in place. With proper care the root canaled tooth will last for the rest of your life!

#2: They Eliminate Pain, Not Cause It

It’s a commonly held belief that root canals hurt. First off, we would never perform a root canal at our Carmel office without anesthesia, so don’t worry: you won’t feel it. Secondly, root canal pain is often a misconception because of the intense pain an infected tooth root can cause. People have often conflated the two, losing the distinction between the pain relief provided by the root canal and the pain of the infection.

By the time your anesthesia wears off you’ll be able to tell just how much better you feel post-root canal.

#3: They Are Perfectly Safe

There was a theory in the early 20th century called “focal infection theory.” It held that an infection stemmed from some quality of the area that was infected, so leaving a root canaled tooth in place was just allowing an infection to happen again.

We now know that is anything but true, and that it’s the bacteria from a deep cavity that causes root infections. When we remove the infected tissue and sterilize the inside of your tooth you’re safe from a risk of recurrence.

#4: They Are Necessary To Preventing A Spread Of Infection

When an infected root isn’t cleaned with a root canal you’re at serious risk for the bacteria spreading past the tooth. It can get into your gums, bone, and even your bloodstream! When the bacteria makes it past your tooth you can end up with a dental abscess, a serious pocket of infection that is incredibly dangerous.

An abscess can become very painful very quickly, and is entirely capable of destroying gums and bone. If you don’t treat an abscess right away you’re jeopardizing the health of your entire mouth. Don’t avoid a root canal hoping that it’ll just get better: that doesn’t happen!

#5: They Save Time And Money Later On

Root canals are simple and quick, only requiring a crown to be placed to restore your tooth and protect the remaining healthy portion. Contrast that with the reconstructive needs from one or more lost teeth, an abscess, or any other complications to your health caused by infection and you can quickly see why a root canal is the best choice!

Don’t think of a root canal as an inconvenience or something to be scared of: it’s a time and money save, a pain-reliever, and a tooth-preserver. You can’t really beat the results of a root canal, except by never needing one at all!

Don’t Mess Around With Oral Pain

If you ever find yourself with a toothache it may already be time for a root canal. Avoid the need for one by seeing us on a regular basis for checkups and exams. Schedule an appointment at Really Smile Dentistry today by calling 317-597-8748 or filling out our online form. We look forward to seeing your healthy smile soon!

Hello and welcome to another June edition of the Really Smile blog! If you have ever … END_OF_DOCUMENT_TOKEN_TO_BE_REPLACED

“I chose dentistry as my life’s work because I have the privilege to serve people in a way that is truly life-changing. I was honored with the appointment by Indianapolis Woman Magazine as Makeover Dentist 2008."